Swimming season may be winding down soon, but it’s not too late to erect an aluminum fence around your pool. Aluminum fence panels look great, and it’s been shown that pool fences effectively deter drowning accidents.

If you own a swimming pool, you should seriously think about the possibility of an accident involving someone who is not supposed to be there. If you don’t have a fence around your pool or you have a fence that is not secure, you’re inviting people to imperil themselves. Remember that those people are all too often children. Consider the peace of mind of knowing your pool is secure. A properly designed aluminum pool fence can prevent unauthorized entry and minimize the chances of an accidental death or serious injury in your pool.

Four Sides Are Better than Three

Putting up a pool fence doesn’t mean you shouldn’t be vigilant. Kids are going to look for ways to go where they want to go. However, a fence can slow them down, and that can make the difference between life and death. When you plan your fence, consider the surroundings. Will the fence be right next to your air handling unit? If so, you might as well put a stepladder next to it. Plan the fence in a layout that minimizes ways to penetrate it.

The BOCA code stipulates a fence height of at least 48 inches. A 4-inch diameter sphere should not pass through it. Any gate must be lockable, open outward, and be self-closing and self-latching. There are also specific requirements for locks. In addition, the fence and gate must not offer an opening that might allow someone to reach through to unlatch the gate.

We’ve discussed three-sided versus four-sided fences. If you do put up a three-sided fence, you will need to fit any doors that open into the area with alarms, among other safety measures.

Drowning is a Serious Issue 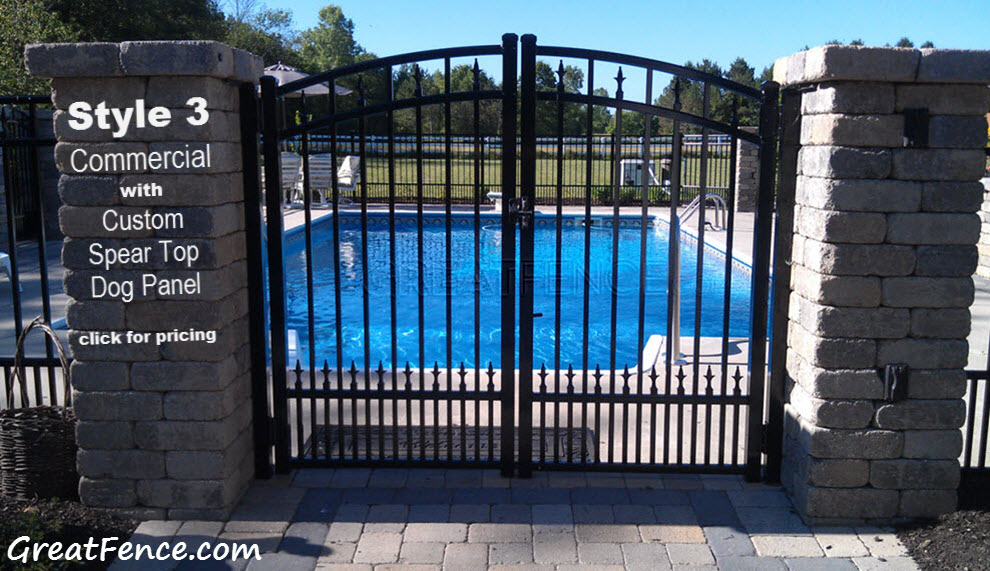 Drowning is a serious cause of death in the United States. The CDC says an average of about ten people die daily from drowning in non-boating related incidents. Twenty percent of them are kids under 15 years of age. There are also nonfatal drownings, some of them resulting in brain damage. In 2009, drowning accounted for almost a third of the deaths of children between 1 and 4 years old from unintentional injuries. The primary place where these accidents occurred was home swimming pools.

Next Article:
It’s Not That Hard to Install Aluminum Fence Panels

This is a demo store for testing purposes — no orders shall be fulfilled. Dismiss